THE PERFECT WATCH FOR WORLD'S MOST BELOVED SPY

Lindy Hemming, the Oscar-winning costume designer, was responsible for casting 007’s watch in GoldenEye. She said, “I was convinced that Commander Bond, a naval man, a diver and a discreet gentleman of the world would wear the Seamaster with the blue dial.” We agree, Lindy. 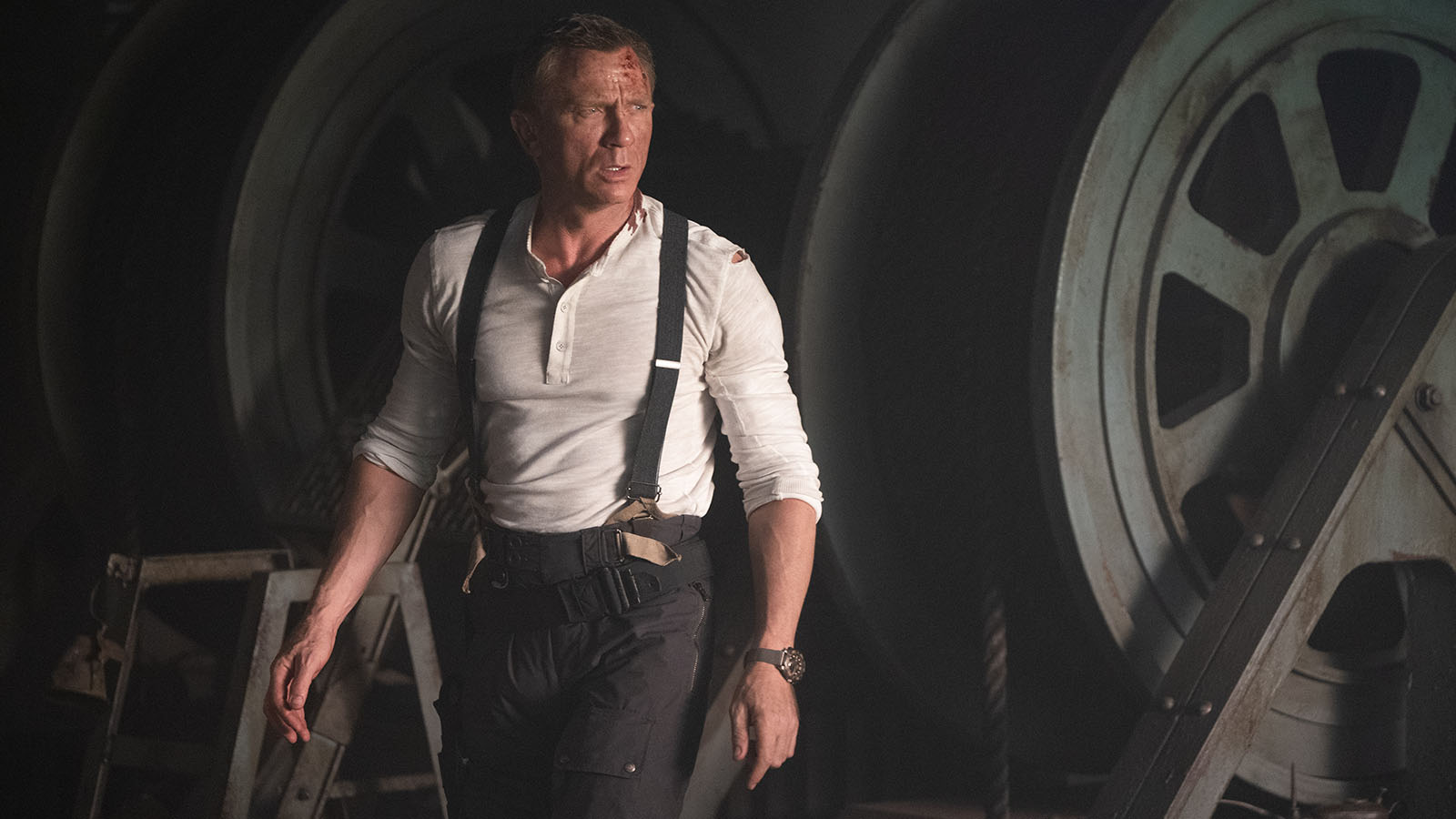 NO TIME TO DIE

007 is on a mission to rescue a kidnapped scientist, but the task becomes far more dangerous than expected. Tackling a mysterious new villain, James Bond is armed with the Seamaster Diver 300M 007 Edition, built from tough titanium for the most action-packed situations. 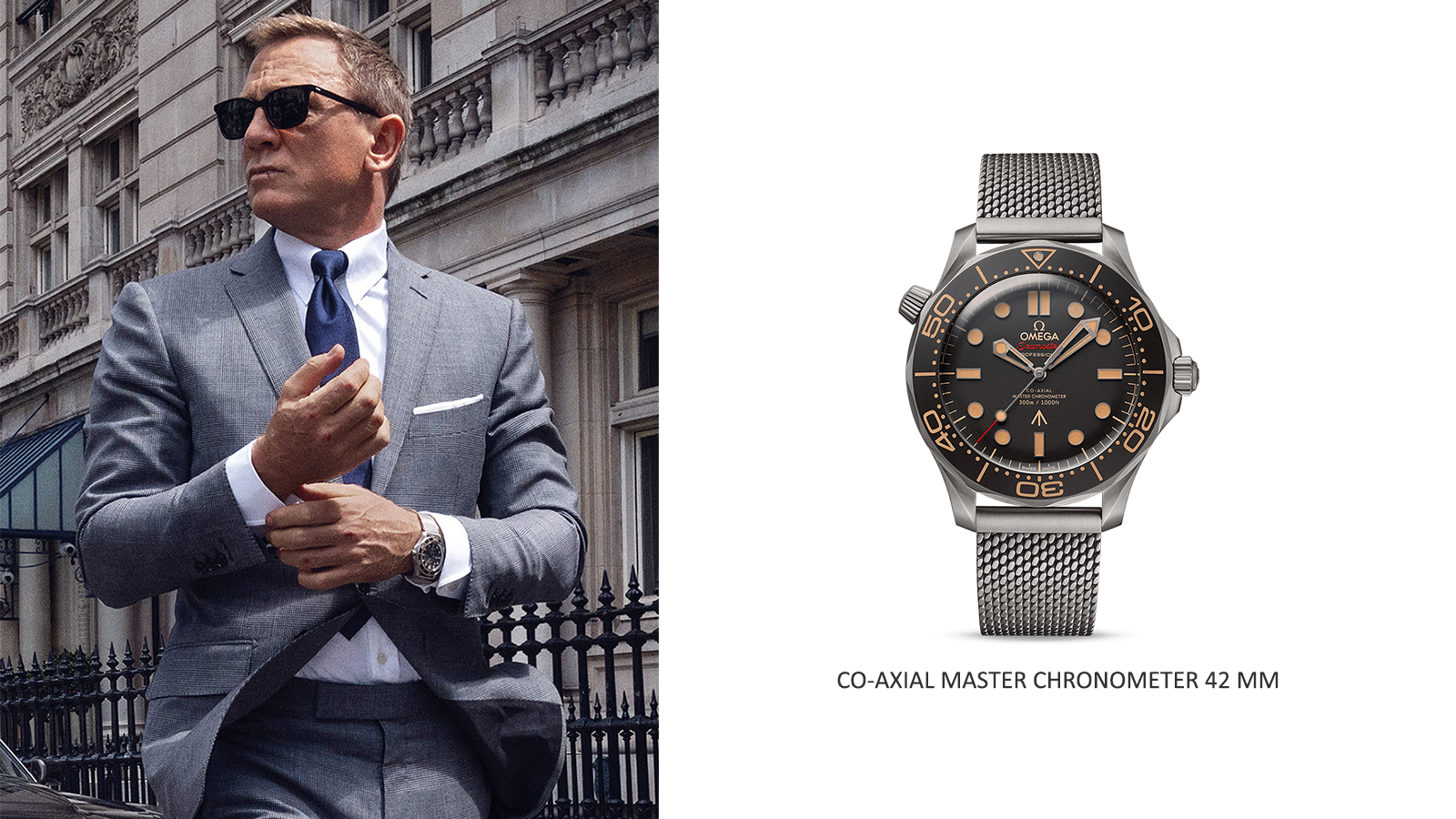 It's fitting that an ex-naval commander would choose a Seamaster. In SPECTRE, Bond wears two. The OMEGA Seamaster 300 SPECTRE Limited Edition with rare lollipop seconds hand and black and grey NATO strap; and the OMEGA Aqua Terra 150m: a striking watch with a blue dial that recalls OMEGA's rich maritime heritage and Bond's naval background. 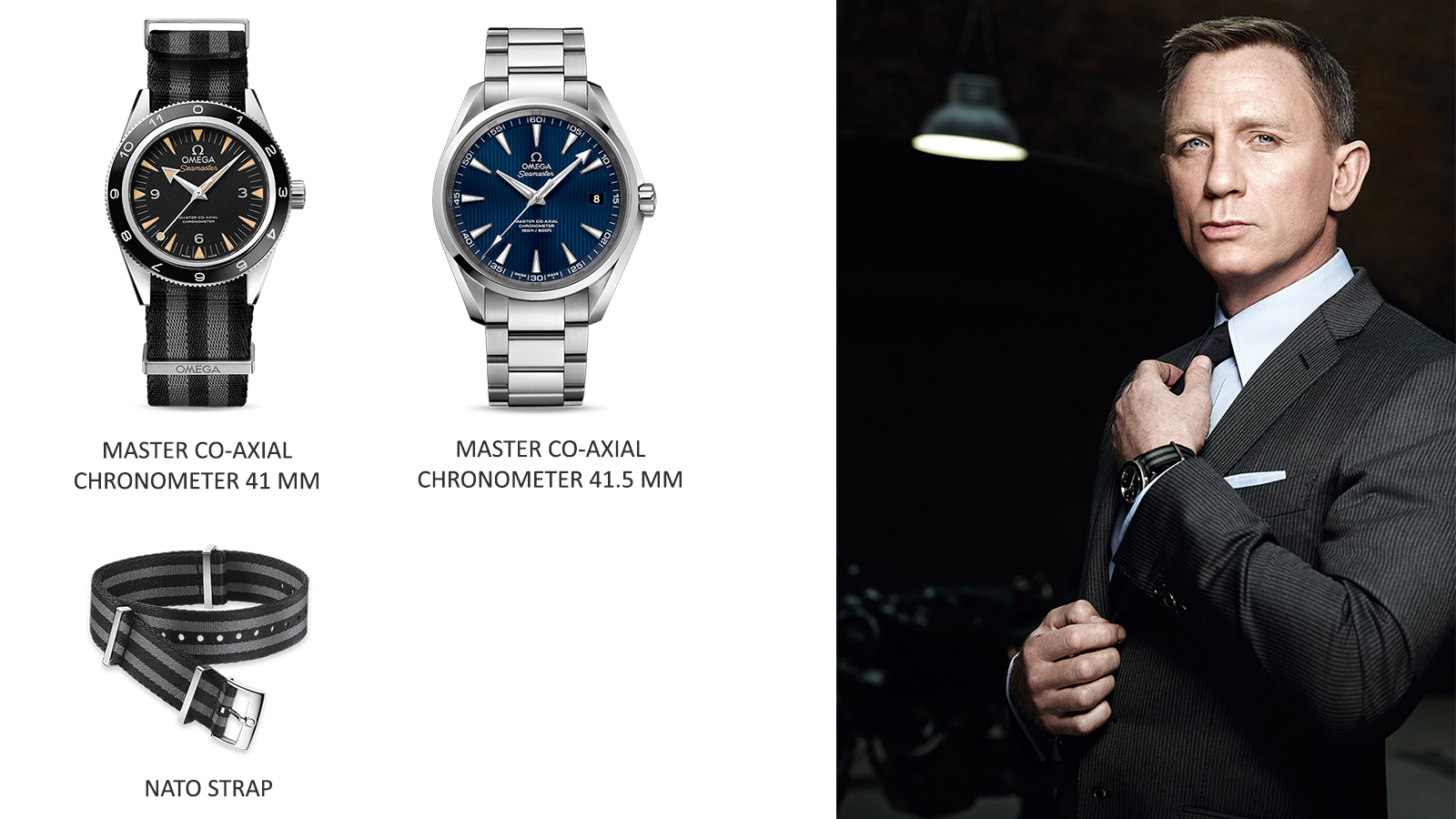 The past catches up with Bond in SKYFALL, a film suffused with meditations on mortality and plenty of action. 007 relies on a Planet Ocean 600M and a somewhat dressier Aqua Terra, both powered by OMEGA Co-Axial calibres. 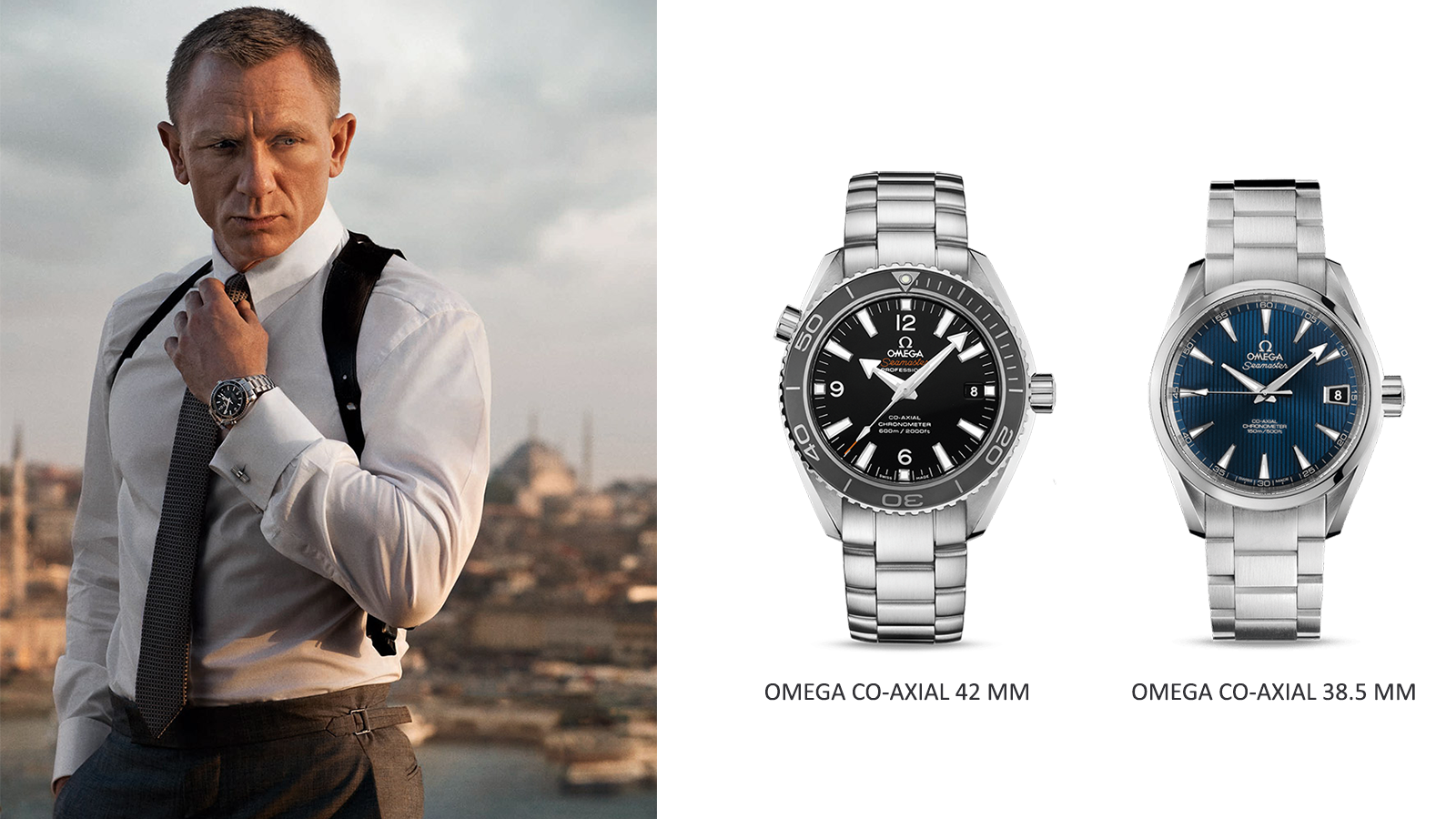 In Quantum of Solace (2008), Bond seeks vengeance for Vesper Lynd. This leads him to Dominic Greene, who is exploiting a water shortage. 007 chooses a Seamaster Planet Ocean 600M OMEGA Co-Axial with a classic black dial and bezel. 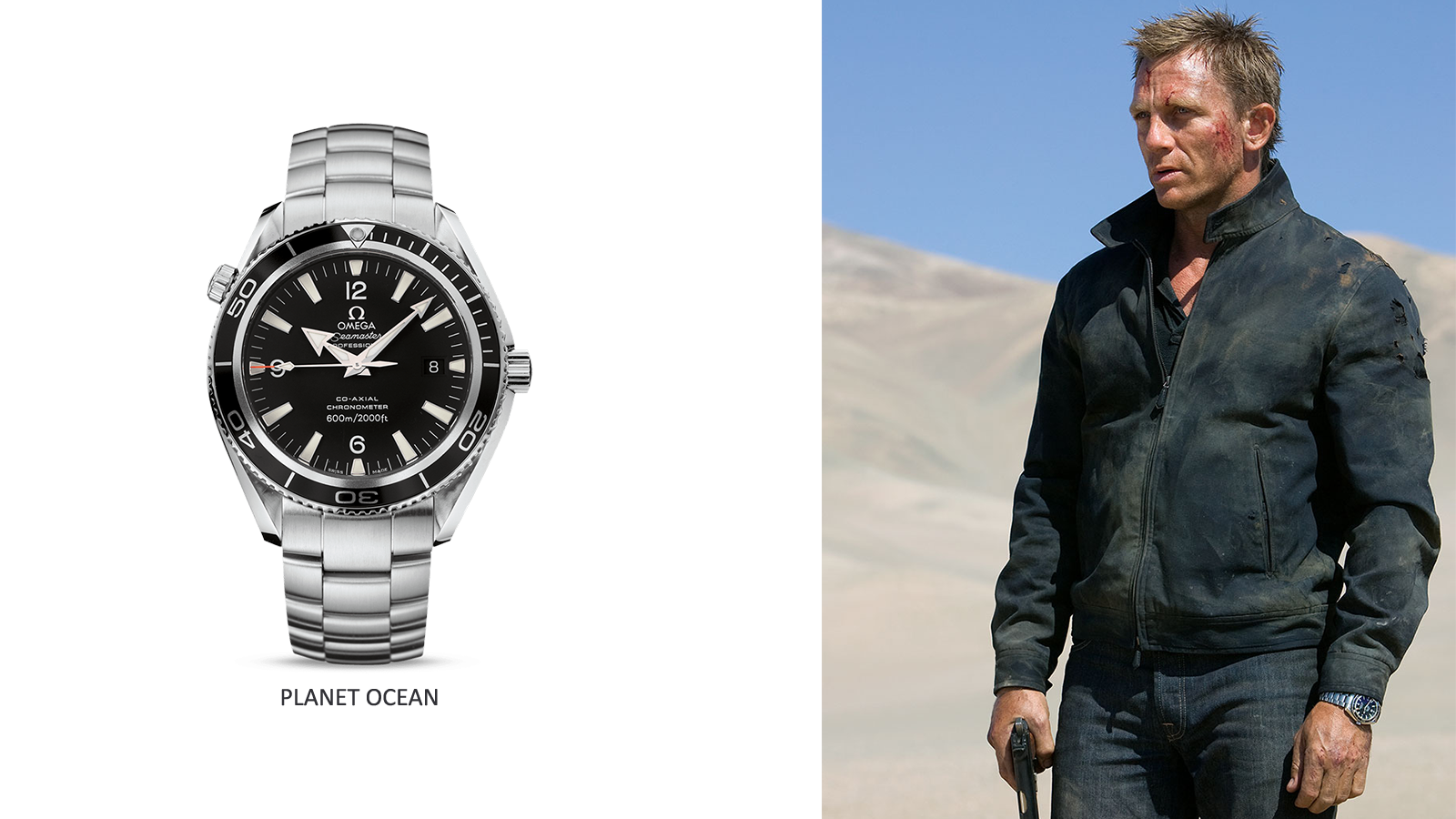 In Casino Royale (2006), 007 takes down Le Chiffre over a casino gaming table at the casino in order to financially embarrass him. Daniel Craig wears a Seamaster Diver 300M Co-Axial and a Planet Ocean 600M Co-Axial. 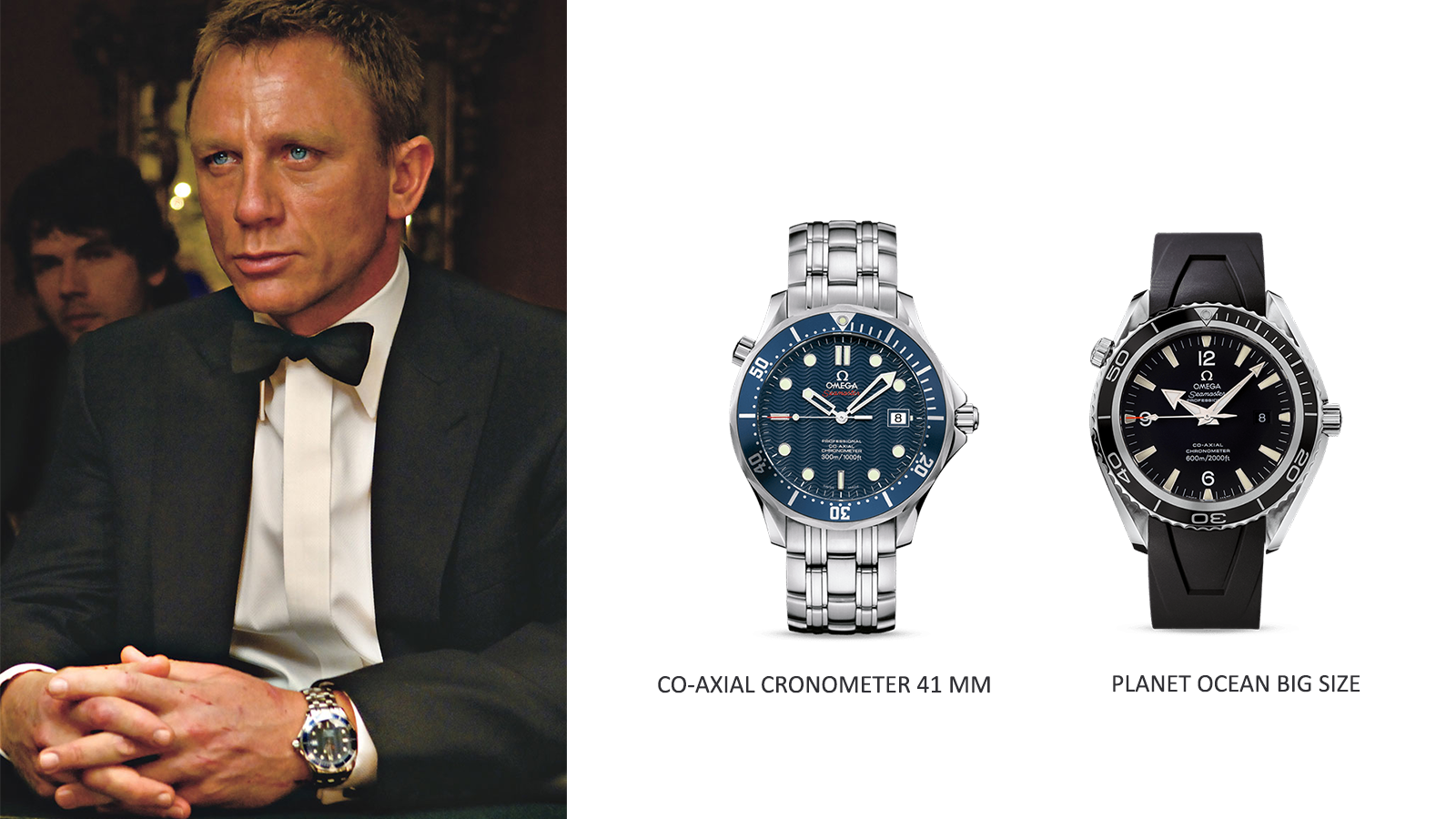 "OMEGA and 007 are appreciated for their fashion flair, adventurous spirit and reliability – they complement each other perfectly."